For more information, contact the GL in GW2. Some of us reconnected there.

The Fight Club is a 1v1 tournament held every other Saturday at 12:00 pm Central, 18:00 GMT. The tourney is hosted by the (to be determined} guild and held in their guild hall.

Each participant can sign up with any build they want, *subject to the hosts approval, and will fight each other in 1v1 battles in an elimination tourney until there is 1 winner. Once entered you cannot change your build; the same build must be used throughout the tourney. (Remember: It's a 1v1 scrimmage, so PvE skills can't be used.)

There's a 500g per person entry fee with a winner take all prize.

*Multiple complaints led to the addition of this clause. The skill Weaken Knees has been banned, as has the Touch Ranger build. This had to be done in an effort to keep this a fair fight.

(This event and BYOB will alternate Saturdays)

how long does the touney last ?
how many people are turning up for this ?
where do we go to take part ? 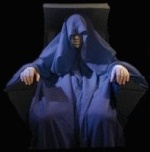 the first rule of fightclub...

the second rule of fightclub...

Off-topic
liked the movie and the book (Fight club) 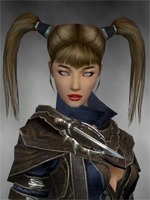