For more information, contact the GL in GW2. Some of us reconnected there.

[ema|emd] is no more :: The Meeting Room :: Announcements and Events

These are just a set of rules that will help us get around in Alliance Chat.
They need to be enforced by Guild Leaders and by their officers and respected by their members.


3. The Alliance Chat is not a trade chat.


10. Discussions that should be avoided:


11. You must respect and listen to the following players:


12. If someone does not know the rules he must be referred to this post.

Notes:
Infringements upon any of these rules will have consequences such as warning, kick, guild kick.


If someone does not agree with some of the rules or has suggestions, he/she must talk with the alliance leader, Markus Clouser.
Rules can be changed. If any change occurs all players online will be notified but be sure to check this post from time to time. 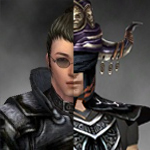 [ema|emd] is no more :: The Meeting Room :: Announcements and Events